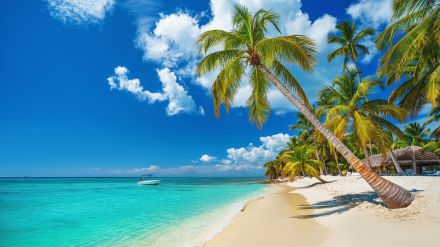 The announcement has been made. Tickets have been purchased. Fun is to be had.

(For lots of RS fans anyway, not necessarily me, unfortunately…)

Last week, the RS team announced that the “Final Rick Springfield + Friends Getaway” has been planned for Oct. 5-9 at the Hard Rock Hotel & Casino.

This “final” trip was originally scheduled at this resort for November 2019 but a few months before that several American tourists became ill or died while visiting the Caribbean country so the RS team decided to move it to Hard Rock Cancun, Mexico in May 2020 instead. And well, you can guess what happened to that 2020 plan.

Hopefully everyone who was expecting to attend the trip in 2019 will be able to head to Punta Cana this October, along with everyone else who wishes to go. The timing isn’t great for me as we have a big family event planned the following week, so I’ll have to rely on social media posts to experience the trip.

I’m not loving the “final” part of the trip name. It sounds so final. Like they’ll never be another opportunity to hang out with RS at a resort again. I totally understand, it’s a lot of work to put on something like this and pretty exhausting for all involved. But still, “final” sounds so final.

This past weekend’s Working Class DJ show was a tribute to Matty Spindel, who was Rick Springfield’s sound master and friend. During the show, RS played songs by some of Matty’s favorite artists and said he may do another one that features songs that Matty worked on. (For example, he won a Grammy for Album of the Year for his work on Supernatural in 1999.)

RS mentioned that it was also the 100th Working Class DJ show, which I can’t independently verify but its second anniversary is coming up on Jan. 22 so that sounds about right. (This also means that it’s nearly the second anniversary of me getting the SiriusXM app, hmmm, coincidence?) Since the shows appear on the SiriusXM app for only a couple of weeks, I haven’t seen a full list and I’m sure I’ve missed a few, but it’s always nice to have that weekly dose of RS available.

He’s been able to fulfill his childhood dream of becoming a DJ (which he mentioned in his first show) and fans get to hear from him once a week. Win/win.

Anyway, it was a heartfelt tribute to Matty and I think he would have appreciated it.