This has been quite a busy week and there’s lots to share so I thought I’d include them all in one post.

On the top of the list is the release of “World on Fire,” Rick Springfield’s sequel to “Magnificent Vibration.” He wrote his first published work of fiction over a four-month period (according to an article in my local paper back in 2014) and at that time already started the sequel. Now here we are six years later and the sequel is now here! In an alternate non-pandemic reality, we’d probably be waiting for the in-person book signings, but for now, we’ll have to make do with the Audible version. RS reading his book to us isn’t too bad though, right? (Although hopefully at some point there will be a print version and book signing meet and greets at local bookstores.)

Since it’s been awhile since I read “Magnificent Vibration,” I pulled it off the shelf for the purpose of this post and it’s pretty bizarre that the sequel is released during a pandemic because of the way the first book ends.

At the end of the book, one of the main characters announces that she received a message from an Earth spirit saying that in order to save the planet, she has been given a virus that “will kill half the world in six months.” I won’t go into too many details here, so I don’t create any spoilers for the new book, which I plan to listen to soon, but basically she is a carrier and the virus “will flow from me with every breath I exhale, and it will grow exponentially through airborne contagion.”

RS has said in recent interviews that you don’t need to read the first book in order to understand the second one. In fact you don’t even have to read at all, he said in a recent interview, since it’s an audiobook and he reads it to you.

Get “World on Fire” here.

This week there was a wonderful interview by SiriusXM’s Lori Majewski who spoke to Rick Springfield and director PJ Wolff about the making of the concert film “Orchestrating My Life,” which is being released as a pay-per-view screening on Feb. 14. It’s always so cool to see a fan interview RS because the questions are so good and you get to skip any obvious ones (like ‘Is there a real Jessie’s Girl’?). She’s been a RS fan for 40 years, she recently said on Twitter so she GETS it and asks questions that others wouldn’t know to ask. We so appreciate it, Lori!

To learn more about the pay-per view packages, which include a dozen “Rick Roses” that you can smash against a guitar in your very own living room during the screening, visit rickspringfield.com. There are also some “Orchestrating My Life” DVD and CD packages at rickspringfield.org.

RS also visited “Good Morning America” this week (and by “visited,” I mean virtually of course) to speak about the 40th anniversary of “Working Class Dog” and sang an acoustic version of “Jessie’s Girl.”

Another Sirius interview about a variety of things

There was also an awesome interview on SiriusXM Volume “Debateable” with Mark Goodman and Alan Light. Unfortunately I can’t share it here since it’s subscription access only (but they do have free trials…) They talked about the “Orchestrating My Life” film, “World on Fire,” Beach Bar Rum (a pineapple flavor is coming soon, as well as a “Jessie’s Girl” drink) and Bindi and joke about the amount of work he’s been doing in the midst of a lockdown. They also covered his commitment to music in school (The “Orchestrating My Life” film features the Santa Monica High School orchestra) and took questions from the audience that covered his album “Tao,” his dad’s influence on his life, his love of writing and reading, guitars, how great his band is and how much he misses performing live.

He also discussed his childhood dream of being a DJ (now realized on SiriusXM’s Working Class DJ show), a couple of anonymous projects that he couldn’t really talk about, but one is coming in November that is darker than “The Snake King” and he also advised a caller to keep his eyes and ears open for a “great new band called the Red Locusts” coming out on red vinyl and cassettes…

They are both great interviewers familiar with RS’s career so that was fun. (As you may know, Mark Goodman is one of the original MTV VJs and has been on RS fan trips so they go back a long way.)

Anyhow, I think that’s about it – at least for right now. Have a great weekend! 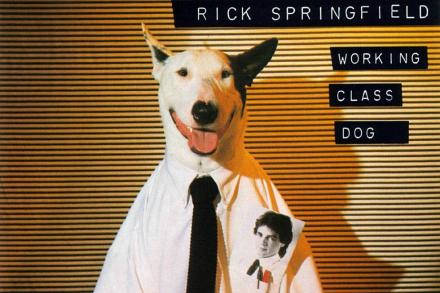 Now that concerts are postponed until who knows when, wouldn’t it be nice if there was another way to get a regular Rick Springfield fix? Guess what, now there is!

Beginning tonight, RS will host a new show on Sirius XM – on the ’80s on 8 channel (Channel 8). His show, “Working Class DJ with Rick Springfield” starts at 8 p.m. EST tonight (Friday, Jan. 22). During the weekly show, he will play eight songs that correspond to a theme of his choice. The series kicks off with “Rad Aussie Hits,” highlighting artists from his home country, Australia, according to SiriusXM. Next week’s theme is “’80s Songs that Saw the Future.” (Will “Human Touch” be included in that episode?!)

Some cool things to consider

Here are some fun things to think about in connection to this show.

On a whim, I thought I’d check YouTube to see if any of these “anonymous” songs that RS talked about in past interviews happened to pop up recently. I haven’t had much time to keep up on RS lately so I searched if anything was posted today. Nope. How about “This Week”? YES!!

There it was: “Badfinger – Rick Springfield”: Love is Gonna Come at Last”

The remake of this Badfinger song from 1979, posted yesterday.

I was late to the game, as when I discovered it, it already had nearly 700 views and there are also a few articles that came out about it today.

Without further ado, here’s the video:

Joey Molland, who wrote the song, appears on this new version, adding bass and vocals. It’s so great hearing RS’s vocals and slide guitar. His voice sounds like it does in his older albums, which is pretty cool, considering this is an older song. If I heard it in a different context, I probably would have wondered which of his older albums it was on and why hadn’t I heard it before.

RS was quoted in several articles saying “Badfinger has always been one of my all-time favorite bands. In fact, I am often asked by journalists, ‘What is the one song you had wished you had written?’ And my answer is ‘Baby Blue.’ What a perfect song! Their music was and is immortal.”

If you’ve seen RS’s “Stripped Down” show, you probably heard him play “Baby Blue.” If not, here it is:

Isn’t it nice to finally get some good news for a change?

The world premiere of “Orchestrating My Life,” a concert film featuring Rick Springfield performing with the Santa Monica High School Orchestra, will be a streaming pay-per-view event available Feb. 14-17.

The concert features 12 songs accompanied by his band, four background vocalists and the award-winning Santa Monica High School Orchestra conducted by Wolf Kerschek. The concert was held in March 2019 at the Saban Theatre in Beverly Hills. The film, directed by PJ Wolff includes “rare archival footage, interviews, and photographs from Springfield’s personal collection to weave the incredible and unexpected life story of one of rock’s most recognized and durable superstars,” according to rickspringfield.com.

Tickets for the pay-per-view are $29.99, and add-ons include an event T-shirt, roses with a personalized Valentine’s Day card from RS and a Zoom meet-and-greet (the full package is $449.99).

In case you’re not familiar with “Orchestrating My Life,” it’s a symphony version of RS’s greatest hits that was released in April 2019. Read more about it here. The album debuted as #4 on Billboard’s Classical Album chart and spent seven weeks on the chart.