If anyone peeked into my teenage bedroom, they would know beyond a doubt that I was a Rick Springfield fan. His face was plastered all over my walls and his music was likely playing from my stereo speakers (my stereo had a record player AND a cassette player, which I guess would now be considered vintage).

But although my walls are no longer covered with pictures of Rick Springfield (my husband wouldn’t appreciate that), I realized this morning that there are still signs around the house that show I’m a fan.

On the top off a bookshelf in our office is the original location of RS memories, with the signed “Success Hasn’t Spoiled Me Yet” album and a framed pic of RS from the first time I met him (on the day of the release of “Karma” in 1999.) It’s a little dusty up there (sorry RS), so I guess I’ll call that my dusty Springfield shelf. (Ha ha.) Tucked into the frame of the picture are two guitar pics that I got at concerts in October 2015 and March 2016. These items sit on the shelf with a menorah my husband’s grandfather made, a vase from my wedding reception, a cuckoo clock from my parent’s house and a glass lamp shade my husband’s aunt made. And a little violin sculpture, not sure where that came from.

Another shelf in the office contains my RS items from the past few years since I started this blog (except for the “Tao” cassette, which is another “vintage” item from my high school days and the signed “Karma” CD, which I got on the day I met RS in the picture above.)

This collection includes CDs, a CD stand (which was my “Santa’s gift” from Rick Springfield Official Merchandise last year), a copy of handwritten lyrics of “Carry Me Away” and “Everybody’s Girl” (my extremely treasured “Santa’s gift” from the previous year), a signed RS pic from one of the fan giveaways and my treasured “Rick Fit” winnings, which includes a signed “Speak to the Sky” record and a signed “medal.”

(Full disclosure: I moved the “Late, Late at Night” book from a different bookshelf for the sake of this picture.) On the shelf underneath is the manila envelope with those mysterious photos I found last year and an envelope with the lyric booklet from “The Snake King.” I have a few DVDs somewhere, too.

Downstairs there are only a couple of clues, the “Working Class Dog” tumbler currently sitting on the counter (my Mother’s Day gift to myself last year, on the 35th anniversary of WCD) and a magnet on the fridge from last year’s RS birthday campaign.

My RS treasures from high school, which includes all my posters and my RS scrapbook, are all at my dad’s house, but you can see them in this post: “Where it all began.” They are no longer on the walls of my former bedroom (my former bedroom is now my dad’s office) but are in a desk drawer in the guest room, the same desk I had in high school, which would also probably considered vintage by now, too.

I remember reading an interview with Rick Springfield once saying that he named the first song he wrote about his father’s death with the date because he wanted to always note the significance of that date.

That date lives on in his fan’s minds, too, and I’m sure many RS fans are thinking of him and his family today.

This last song on “Success Hasn’t Spoiled Me Yet” brought a whole different level of depth to the album, which is otherwise all about relationships and sex (“Calling All Girls,” “I Get Excited,” “Don’t Talk to Strangers,” “What Kind of Fool Am I”). I received the album for my 13th birthday. That year, 1982, sparked my connection to RS, and this song was a big part of it because it showed his deeper side and another dimension to him, rather than just the cute rock ‘n’ roller.

Thinking of Norman Springthorpe on this day and sending warm and comforting thoughts to RS and his brother, Michael.

I know what I’m about to say is going to sound ridiculous, but after watching some of the videos people posted tonight from Rick Springfield performing with the Oregon Symphony, I feel like I am about to burst with pride.

I’m writing this with tears streaming down my face, especially after watching the video of “My Father’s Chair.” Watching RS perform that with a symphony orchestra and then seeing him turn around and face the photo of his father showing on the screen on the back of the stage…. wow.

After hearing about what he went through last year and all the dark emotions and feelings that came out in “The Snake King,” it was incredible to see him performing all of those songs with his band and the symphony and looking like he was enjoying himself so much. I couldn’t help but think that if he had succumbed to his darkness last year that none of this would have happened or the cruise or… anything else.

So although I’m just one of thousands of RS fans sitting on the sidelines and observing the past four years of his life through my smartphone and computer screen, I just want to shout out “I’m so proud of you, RS! Way to go!”

He also performed one of my favorite RS songs from the 1980s: “Souls” (thanks to rsandus for posting these videos!)

From the newest CD, “The Snake King”:

And also this Beatles song:

Since it’s now after midnight, it’s now April 13, which means its been 19 years since the “Karma” release date (which means that 19 years ago today I met RS for the first time).

This is what I wrote in my journal that day:

Well, he was right and now it’s been 37 years. So maybe that’s why I was a little emotional tonight – he’s been a huge part of my life for so many years (although there were gaps of time I lost track of his career) and tonight’s performance felt like another important milestone for him. Plus he was wearing a suit, like he used to in the 1980s, so it may have also been a weird, subconscious reaction to that.

It’s been about 14 months since I was at a Rick Springfield concert and I think I’m going through some withdrawal symptoms because I had a dream about him last night.

I was at some kind of event and he was at the other end of a really long table playing a song. When he got up to leave, I got up to follow him to see if I could say hello but he was walking away really quickly. When he was playing, he was his current self, but when he was rushing out of the room, he looked like his 1980s self.

I’m not sure how to interpret that, but it did make me realize how long it’s been since I’ve had any interaction with my favorite rock star. Just two days ago it was the three-year anniversary of when I met him outside the Fox Theatre venue in Tucson after a Stripped Down show. (I wrote about that here and here.)

At the last show I was at – in July 2016 – I took a selfie with him after the show, but it happened so quickly that it almost seems like it didn’t happen at all.

However, although it’s been so long since I was at a show, he’s often on my mind. I’m at a current point in my life right now where the life experiences he’s shared are a huge source of inspiration. Maybe it’s my own version of a mid-life crisis, but I feel like I’ve reached a point where I need to make a big change, but I’m not sure yet what it is. Last year I made some big decisions in my professional life that I’m still adjusting to, and in the overall scheme of things, things are good, but there’s something eating away at me. Like there’s a choice I should have made or something I should be doing, but I’m not sure what.

There was recently an announcement that RS will be honored this month by Didi Hirsch Mental Health Services for his candidness in talking about depression. He will receive the 2018 Beatrice Stern Media Award on April 26 at the Beverly Hilton in Beverly Hills. (An article was in the Morning Sun earlier this week.) Congratulations on this well-deserved honor, RS, thanks for sharing so much with your fans.

As usual, RS is keeping busy. According to his tour schedule, he’s had some time off since the 1980s cruise, except for one show in Florida right after the cruise, so hopefully he’s enjoying some down time with his family and friends. He was quoted in The Epoch Times after seeing a “Shun Yen” performance in Thousand Oaks last night ( those who were concerned with his spiritual side after listening to “The Snake King” might be interested in reading this article.) And tomorrow night he’ll be in Portland performing with the Oregon Symphony. Other April shows will be in Florida then California. (Check out his upcoming shows on rickspringfield.com.)

Since I don’t have any shows on the horizon, I recently amused myself with a page from the Rick Springfield and Us website: Concert Cliff Notes, which goes into great detail (with photos) of the different elements of a Rick Springfield concert, from rose explosions and signature moves to signs fans bring to the show and categories such as “shirtless” “memory lane” and “guitar throws.” Not quite the same as a show, but fun nonetheless.

And now for a public service announcement:

Have you received a friend request from a celebrity?

Actor Hugh Jackman recently addressed this in a tweet, noting that it has been brought to his attention that he learned that impostors claiming to be him on social media were asking for personal information and trying to scam people into sending him money.

I wanted to mention this here because apparently there are Rick Springfield impostors out there, too, creating fake accounts on Facebook, Instagram and Twitter and contacting RS fans. One woman said she had been in contact by one of these scammers for several months before realizing it was a scam once the impostor asked if she could send him money for a private jet plane to pick her up.

Other fans have been approached by a scam artist pretending to be RS or a member of his team soliciting charitable donations or VIP concert experiences.

Don’t fall for it! As much as you may be thrilled at the idea that your favorite rock star is contacting you, realize that he’s a busy happily-married guy and with those royalties from “Jessie’s Girl” still rolling in, he doesn’t need to turn to his fans for some extra funds. Save your money for a concert or a meet & greet instead. 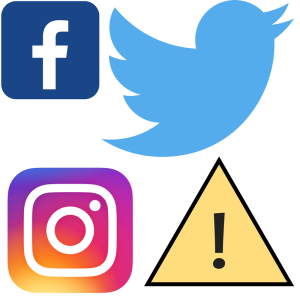