The song list for Rick Springfield’s upcoming “Orchestrating My Life” CD includes many songs that you would expect:

Then there’s a concert favorite (especially for fans with variations of that name, I’m sure): Kristina

Then there’s the two dedicated to his parents: “My Father’s Chair” and the new “Irreplaceable.”

One song that I was surprised didn’t make the cut – simply because it’s one of my favorites and he’s played it before at symphony shows (which sounded beautiful) was “Souls,” off of “Living in Oz.”

The one song that I wasn’t expecting was “World Start Turning.”

Up until summer 1987 – when I graduated high school, moved out of my parents’ home and moved to California – my bedroom walls were covered with Rick Springfield posters. My Rick Springfield obsession started at age 12 and from junior high through high school, I went through a Duran Duran stage, a Beatles stage and a ska stage, but the RS posters remained through all those stages. After moving out, the posters came down and I didn’t see them again until about three years ago. (See the posters in the “Where it all began” post.) 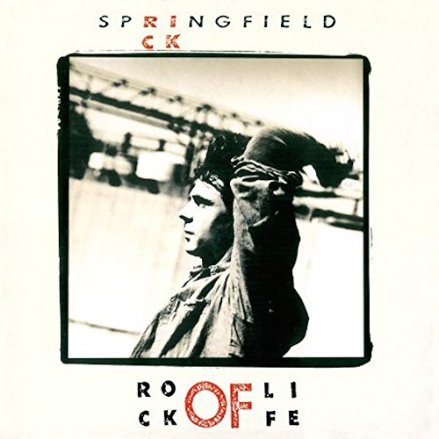 When the RS album “Rock of Life” came out in 1988, I was living in Southern California, taking some college classes and working. RS was no longer on my radar and to this day I haven’t owned this album (probably something I should remedy at some point, I know.)

Although I knew the song “Rock of Life” because I picked up a Greatest Hits CD after CDs were introduced, I didn’t hear any of the other songs until recently so they are not in my nostalgic memory bank.

Those past few paragraphs are a long way of saying that I wasn’t that familiar with the “Rock of Life” album or “World Start Turning.” (Or “Hold on to your Dream,” which I wrote a “Totally random post” about.)

Not only did the song kill, but Springfield appeared to break down in tears at the end, saying “That song brought up a lot of shit for me,” before taking a slug from a glass of wine.

So of course I had to check out the lyrics.

Like many of his songs, it’s autobiographical and the lyrics are pretty heavy. (In fact, the current Wikipedia entry for “Rock of Life” says it’s “considered to be the darkest Springfield album of his career.” Obviously that became outdated once “SDAA” then “The Snake King” was released.)

We were taught if man believes in
What he wants in America
It’s only a matter of time, just a matter of seasons
But I walk through the houses of dreams that died
I see the ones still trapped there the ones that tried
But spent the rest of their lives wondering why
And searching for reasons (and they never wake up)

After reading his autobiography and learning about the depression he experienced at that time (and still today), fans will notice how autobiographical this is as we now have some insight on what he was experiencing in his life at the time the record came out.

“I’ve been standing on the beach crying to the raging sea.”

From “The Best Damn Thing”:

I was crying on the beach by the raging sea
Just a small town broken-down refugee
Holier than thou, I caused the damage done
You’re the best damn thing and I’m the lucky one

In other RS, news we got to hear a little sample of the new album on social media:

Whoo-hoo! Can’t wait to hear the symphony version of all these songs!

The general release date of “Orchestrating My Life” is April 26, but visit the official RS site for details on how to get it earlier.) 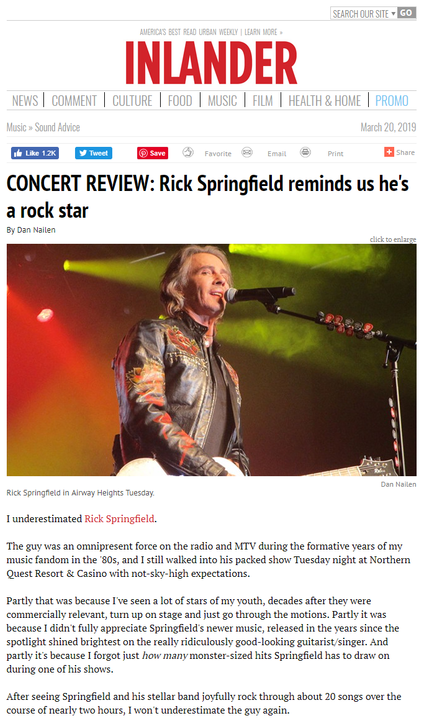 Update on April 4: rickspringfield.us site posted this video on YouTube from the dress rehearsal. Yay!! Such a great video!