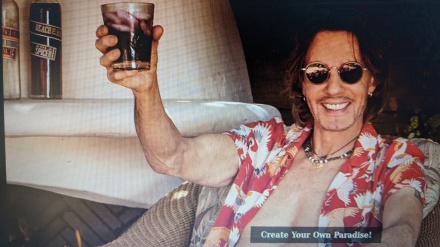 Here’s a recap of some of the highlights of RS activity in the first five years, as listed in last year’s anniversary post:

This past year has been different than any others since the arrival of the COVID-19 pandemic in the world, halting life as we know it. Touring stopped and all the new concert footage RS fans have been lucky to enjoy on a regular basis over the past few years ceased. His big tour with Chicago that was supposed to happen this summer was cancelled, as well as his tour with Zoot in Australia (which has now been rescheduled to 2021). The fan trip was postponed indefinitely.

There have been some silver linings in this, as RS partnered with Vance DeGeneres for a songwriting video series that resulted in two new songs (and videos), “The Wall Will Fall” and “Welcome to Your Bright New World.”

Also, RS has held regular happy hours (half-hours) with fans on Zoom, where we’ve learned that he’s almost finished with “World on Fire,” the sequel of “Magnificent Vibration,” and it’s scheduled to come out on Audible in October. He also formed a band, The Locusts, with his former bassist Matt Bissonette and drummer Gregg Bissonette and they recorded an album and will soon be releasing songs. If you watch the happy hour videos (available on his Facebook page), you can learn more RS trivia such as his favorite places in the world (Tahiti and Italy) and that he is scheduled to be a judge on an upcoming mystery singing game show, “I Can See Your Voice.”

He’ll also perform a live invite-only Labor Day weekend performance for those who post a picture of their own paradise that features Beach Bar Rum, a line of spirits with Sammy Hagar. (Haven’t found anywhere local that carries the rum, though it can also be ordered online.)

Returning to the past year, here are some other highlights:

Speaking of birthdays, RS fans would by now have had lots of opportunities to sing him happy birthday in concerts since the celebrations typically begin in June. Since we can’t do that in person this year, here’s a clip from last year.

Hope he’s feeling that birthday love headed his way, as many of his longtime fans have had his birth date etched on their minds for a few decades.

If you got to the bottom of this post, thanks for reading.